How Sacrifice Can Be Toxic in Relationships

How Sacrifice Can Be Toxic in Relationships

Are You Being Used or Abused?

We place a high value on “sacrifice”.  We sacrifice for our nation, our children, our career.  We believe it’s the “right” thing to do.

I’d like to suggest that sacrifice is not always virtuous, rather it can be “toxic”.  Here’s why. Sacrifice results in guilt and resentment.  It breeds obligation and entrapment.

“After all I’ve done for you.”
“You should be grateful.”
“How can I not do what they want, after all they gave up for me?”
“I feel guilty for being more successful.”
“How can I ever pay them back?”

What do you feel as you read those statements?  That’s right – guilt and resentment.

Historically “sacrifice” was the ritual of killing animal or human life for the purpose of restitution, appeasement, atonement, offering or worship – a symbol that something must be done in response if we’ve been separated from the Divine.  This goes back to our earliest roots in polytheism (many gods) through Judiaism and into Christianity.  The theme is found in Islam and Hinduism, as well.

The intention of sacrifice was a symbolism of death and resurrection.  However, caution is needed in our perception of toxic sacrifice in contrast to healthy sacrifice (i.e. choosing to be disciplined, delay of gratificataion, etc.)

The potential for guilt and resentment is clear.  Not to mention – fear.

Look at your own life now.  Where are you “sacrificing”? Here’s a clue – any belief, choice, or action that is generating guilt or resentment in you means you’re participating in a toxic interaction – you are sacrificing or being sacrificed.

Don’t try to sugar-coat “sacrifice” by calling it “charity”, “generosity”, or “giving”.  And don’t tell me you’re doing it “in the name of love”.  If you’re expecting payback down the road, you’re participating in sacrifice.  If you’re feeling guilty about what you’re receiving, you’re participating in sacrifice. Look closely, you might be masking co-dependence or you might be caught in an abusive cycle. Whatever you label it – if the outcome is guilt or resentment – it’s toxic.

Vulnerability for toxic sacrificing is especially high in the challenge of Parenting.  For some solid, foundational guidance, click here: 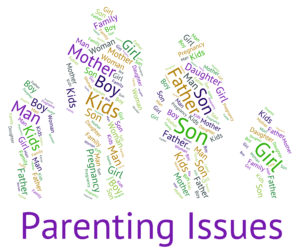 With over 30 years experience, Susie is here to help you become FREED from Stuck! Whether it’s counseling (psychotherapy), hypnosis, sex therapy/education, business or life coaching, she can help you “access internal resources you never knew you had, to create what you never knew you could”. If you really desire to live a better quality of life, contact Susie now. She’s here to help you through the pain and frustration, to release the blocks you’re experiencing, and to move to a place of action and success in your life. Contact Susie Now for Your Free Initial Consultation